Proper Funding Reviews: Why Debt Consolidation Works If You Have Too Many Credit Cards

How To Pay Off Chapter 13 Bankruptcy Early

How Do School Districts Affect Homebuying?

Are You Ready To Stop Renting And Buy Your Home?

Your Mortgage Price: The Determining Factors 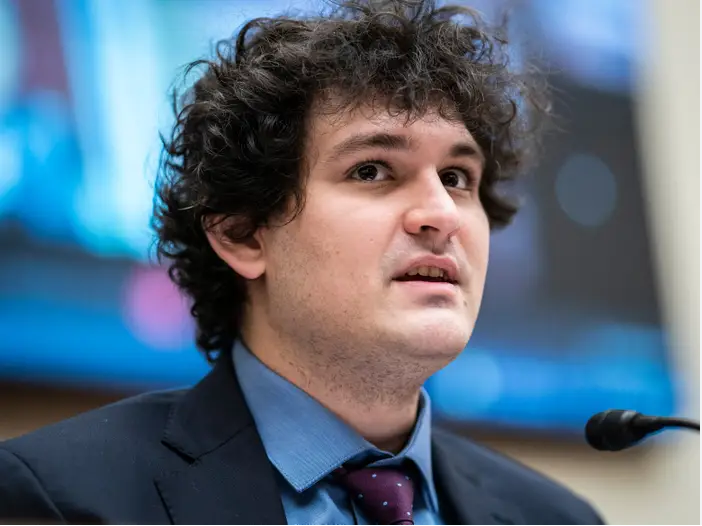 In an interview with Bloomberg in April, cryptocurrency entrepreneur and investor, Bankman-Fried said that in years to come, he would be content living on just $100,000 a year.

He would retain a small percentage from his cryptocurrency empire and donate the rest.

As an effective altruist, Bankman-Fried promised to amass a fortune that he would one day use to make the world a better place. He donated money to several organizations that shared his vision of using resources effectively to improve the lives of others.

Bankman-Fried’s spending has often been seen as an attempt to buy influence rather than simply reflecting his philosophical beliefs. He has written large checks to sports teams, property owners, and political leaders, raising concerns about his motivations.

Things worsened in early November when Bankman-Fried watched his net worth plummet from $15.6 billion to just $1 billion in a single day. The cause of this sudden drop was news that his cryptocurrency exchange, FTX, needed a bailout.

It has been revealed that as much as $2 billion in customer funds are missing from Bankman-Fried. Questions are being raised about how the former mogul, known as SBF, was able to finance his luxurious lifestyle. Lawyers are arguing that it appears FTX was run like a “personal fiefdom.”

As FTX goes through bankruptcy, customers hope to regain some of their funds. The lawyers play a big role in guiding FTX through this process and ensuring everything goes smoothly. Bankman-Fried has stepped down as CEO, but he is still involved in the company in some capacity.

According to lawyers, it is possible that as much as $300 million of customer funds were used to purchase expensive homes for FTX executives in the Bahamas.

James Brumley, FTX’s bankruptcy team lawyer, told a US court this week that the company spent substantial amounts of money on non-business related expenses. According to a recording of the Tuesday hearing reviewed by Insider, Brumley said that this spending habit was detrimental to the business.

Lawyers are tracking FTX’s assets so the company can repay its creditors. The new CEO, John J. Ray III, said on Tuesday that FTX would reorganize or sell its assets globally and had already received interest from potential buyers.

Bankman-Fried’s recent spending habits suggest that he will unlikely make any major donations shortly. Below is a list of how he has spent his once-massive fortune.

FTX spent around $300 million on Houses

James Bromley, a partner at law firm Sullivan & Cromwell and FTX’s bankruptcy lawyer, said that one of the company’s US subsidiaries bought $300 million worth of real estate in the Bahamas.

Bankman-Fried lived with ten roommates in a 600-acre ocean-front property known as Albany. The property, located in New Providence, Bahamas, is a popular destination for tourists and locals alike.

Investment in the website has come from an unlikely source – one of its subjects. Bankman-Fried, who the site has written about “aggressively”, has acknowledged the investment and says coverage will continue.

He also invested in several startups through FTX, its research arm Alameda Research, and as an angel investor, according to Crunchbase. This provides capital for these companies to grow and continue operations.

Bankman-Fried shelled out more than $10 million to support Joe Biden’s presidential campaign, as reported by Politico.

By 2022, he will have spent $40 million on different campaigns, as the Federal Election Committee reported. This is an unprecedented amount of money for one person to spend on campaigning.

In addition to the millions of dollars in donations to various political campaigns, George Soros gave a large sum of money to two super PACs supporting Democratic candidates. According to The Los Angeles Times, Soros donated $1 million to the Senate Majority PAC and $6 million to the House Majority PAC. These organizations work to ensure that Congress remains under Democratic control.

Bankman-Fried is no stranger to philanthropy. In fact, during his time working at Jane Street, he donated half of his income to effective altruism charities and animal welfare groups. According to Bloomberg, this generosity has profoundly impacted the lives of many people and animals.

Bloomberg reported that he donated $50 million in 2021 to pandemic relief in India and anti-global warming initiatives.

His brother Gabe runs a nonprofit that funds Guarding Against Pandemics, which has been working on COVID-19 prevention.

Nassau Guardian reports that he donated $1.4 million worth of COVID-19 testing kits and K95 masks in his new home country.

“As a well-known sports fan, one of FTX’s most notable sponsorships is acquiring naming rights for the Miami Heat’s arena.” according to Scott Cooper Florida Data Exchange. According to Bloomberg, the original contract was for 19 years and would have cost FTX $135 million. However, since FTX filed for bankruptcy, the deal has been called off, but the company is still required to pay three years of contract fees totaling $16.5 million, as CoinDesk reports.

Bloomberg also reported that he spent $30 million on an ad featuring comedian Larry David for the 2022 Super Bowl.

In addition to basketball teams like the Washington Wizards and Golden State Warriors, FTX has also been involved with individual athletes like Steph Curry and Tom Brady.

To sponsor the University of California-Berkeley’s athletic department, FTX signed a $17.5 million agreement.

Proper Funding Reviews: Why Debt Consolidation Works If You Have Too Many Credit Cards