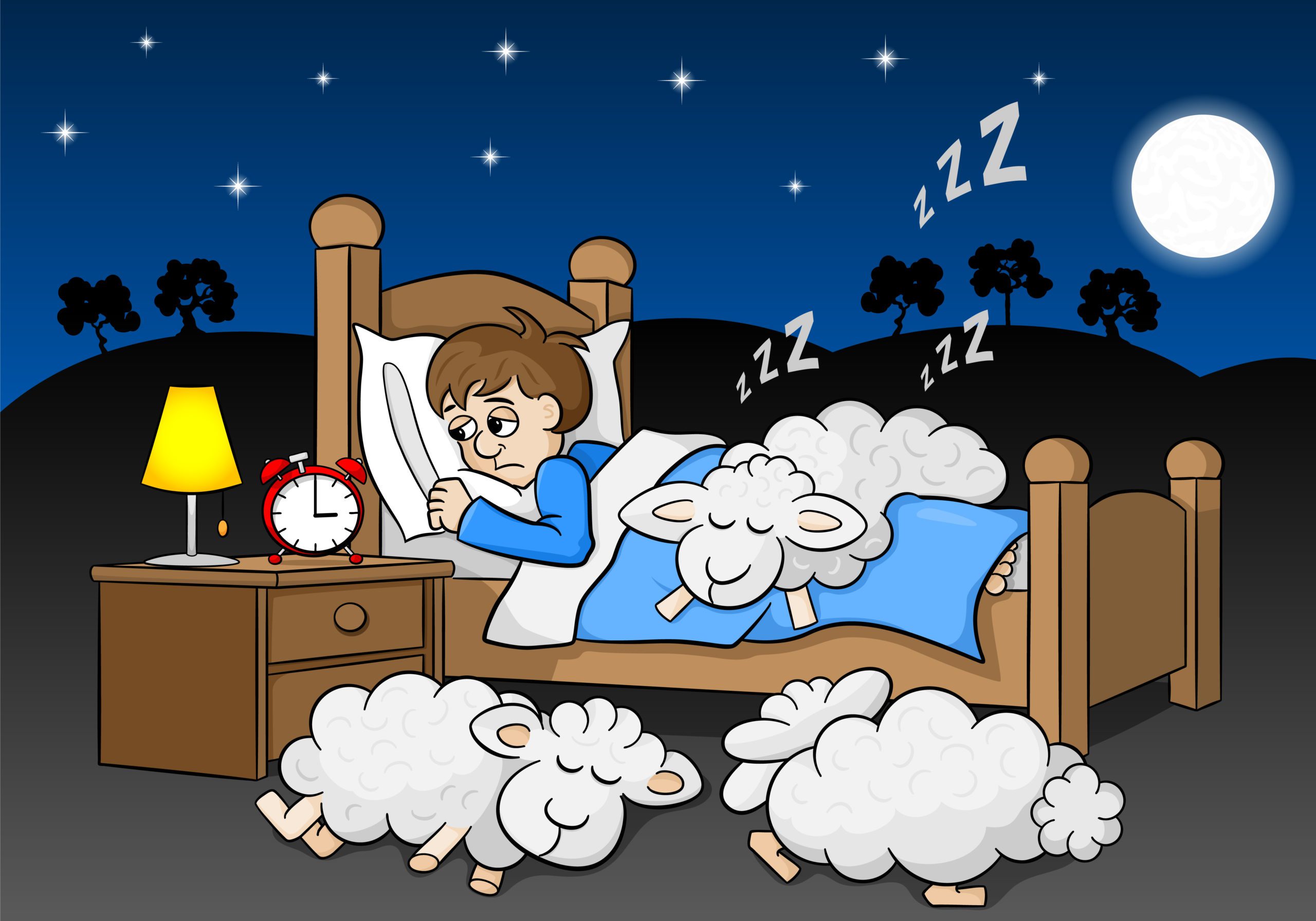 A full moon is a lunar phase in which the moon appears fully illuminated from the Earth. This happens when the Earth is positioned between the moon and sun, as all of them are in alignment. This occurrence is repeated once every 29 days.

Sleep During a Full Moon

Have you heard about how the full moon can affect your sleep? For a long time, people have made the full moon a scapegoat for all sorts of strange happenings and behaviors. Everything from an increase in violent crimes and unstable people wandering on the streets to unlucky souls transforming into werewolves, the full moon has been associated with several myths. Earlier, when humans were unable to make sense of unusual coincidences, they looked to the closest possible explanation, which turned out to be the full moon.

However, lately, it has been found that some people find it harder to sleep during a full moon. They often experience feelings of being ‘hungover’ and sluggishness with muscular and back pain after a night of sleep during a full moon. People started to blame their horrible nights on their mattress, and many companies, for example, Saatva started receiving numerous calls from customers wanting to check Saatva return policy.

Is this a real thing, or is this the human mind playing tricks? A reasonable explanation of this phenomenon is that the extra light from a full moon forces people to stay up for longer. However, this explanation has been proved wrong in modern times where people use curtains and shades to cover their windows.

The Study That Changed Perceptions

A while back, researchers conducted [TP1]  data analysis after having a drink in a local bar during a full moon. They went through two nights of detailed data collection from a sleep laboratory that included 33 healthy volunteers. They observed when volunteers slept during the full moon, and these were the results:

So, how is sleep affected by the full moon? The study quashed a popular myth, which states that the light produced by the full moon makes it harder to sleep. The researchers took steps to make sure that the amount of light remained the same every night.

The research studied the effects of moonlight on sleep quality. Researchers believed that there is some evidence pointing to a correlation between biological rhythms and moon cycles in sea life. But, so far, most of the evidence of the impact on human biology is derived from folklore without any scientific basis. This is why researchers were curious to find out whether the moon cycles actually had any influence on sleep in humans, in order to separate reality from fiction.

More Details from the Study

Interestingly, the idea of the study came at a strange time when the researchers were having a drink in a local bar on a full moon.

Researchers analyzed data collected from prior sleep monitoring studies and compared sleep patterns from multiple participants who slept during varying phases of the moon. As the study was carried out before, both volunteers and people who gathered the data weren’t aware that it would help investigate the impact of the full moon on sleep. Since they didn’t have any prior knowledge, the bias factor was eliminated from the study.

In this way, it was ensured that their sleep wasn’t affected by any other factor.

Next, they were requested to maintain regular sleeping patterns for one week before the study and sleep at least 8 hours in this period. They were also asked to avoid alcohol and caffeine.

The volunteers were involved in a study of sleep/wake patterns over 3.5 days, which was conducted in a sleep laboratory with controlled conditions. It was made sure that conditions remained the same, such as for bed position, mattress, temperature, light level, regular food, and water intake, and it was also ensured that there was no time indicator in the rooms.

To monitor brain waves and sleep patterns, researchers employed the electroencephalogram (EEG), used for measuring the brain’s electrical activity. Also, they tracked two hormones. One was melatonin, which is related to human body clocks, and cortisol, which is related to stress levels.

They utilized the data for each volunteer’s two nights, each of which was at least a week apart. The researchers involved in the study referred to the results as the “first reliable evidence”, showing the impact of the moon cycle in sleep.

Some sleep experts opine that there is an internal biological rhythm that links the moon cycle with humans. They have compared this ‘circalunar rhythm’ to ‘circadian rhythms’ that regulate various biological functions – sleep is one of them.

On the contrary, some believe that the full moon makes insomnia worse by suppressing melatonin production. They liken the moonlight to sunlight, distinguished by minimal filtering.

Meanwhile, astrologists have their own theories. They explain that since the moon controls all the water on Earth, it influences human moods and sleep. After all, water makes up about 70% of the human bodies.

This research seems to indicate that humans have a natural response to the moon cycles. As the study was completed in a limited time spell and had a small sample size, more research needs to be conducted before it is taken as a universal explanation. The jury is still out, and it needs to be seen what outcomes will more comprehensive and in-depth studies produce.

Irrespective of whether the full moon affects sleep, if you are having trouble falling asleep, you should consult a doctor or try some homemade solutions to induce sleep.

Medical Medium Celery Juice Reviews and Complaints:
Is It Simply A Diet Scam With Great Advertising?