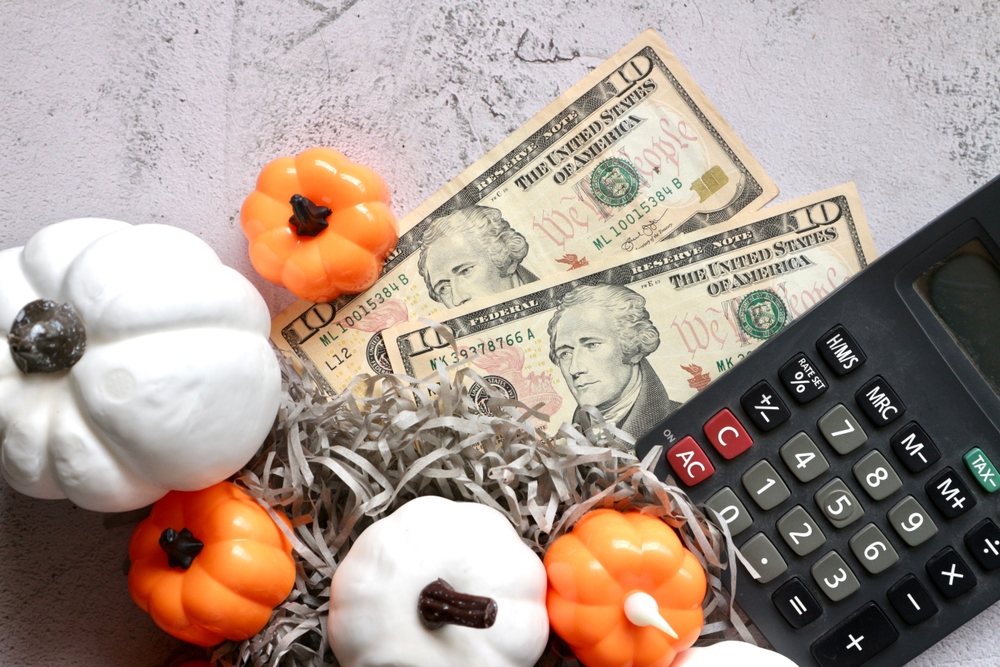 Despite only being a single day, Halloween is a holiday that drives a lot of consumer spending on things like costumes, makeup, candy, and party supplies. Of course, pumpkins are also a big part of Halloween spending. But how does Halloween affect the economy?

As the Keynesian school of economic thought suggests, spending holidays can have a positive impact on the economy by stimulating extra purchases that would not normally take place. This was evident in 2021 when Americans spent a record $10.1 billion on Halloween, according to the National Retail Federation. This makes Halloween the second biggest retail event of the year.

Stay up to date with all the Latest News!

The Economy’s Impact on Halloween Spending

Halloween is a time for candy, costumes, and fun. But did you know that the state of the economy can have a big impact on how much people spend on Halloween?

In a down economy, people may be less likely to spend money on non-essential items like Halloween costumes and decorations. However, even during times of economic uncertainty, people still seem to find ways to enjoy themselves and celebrate Halloween. In 2021, despite the COVID-19 pandemic, businesses raked in a record amount of money from Halloween spending. Customers spent more than 10 billion dollars on Halloween candy, costumes, and other related items.

So whether the economy is up or down, one thing is for sure – Halloween is here to stay!

As we approach Halloween, many of us are wondering what to expect in terms of celebrations and spending. Will things return to normal, or will COVID-19 continue to dictate how we celebrate?

According to NRF predictions, participation in Halloween activities will return to pre-pandemic levels by 2022. This is good news for economists, as increased spending around Halloween has a positive effect on the economy. Generally speaking, more spending leads to a higher gross domestic product (GDP), which helps jump-start economic activity and create potential jobs.

However, it’s possible that any net positive effects of Halloween consumer spending could be offset by negative effects elsewhere. For example, some people might start saving more money in anticipation of increased spending around late October. This could lead to reduced gross spending during August and September.

Halloween is a special time of year for many people. It is a time to dress up in costumes, eat candy, and have fun. For some people, it is also a time to make money. The NRF expects that 69% of consumers will celebrate the holiday in 2022.

Halloween spending is expected to hit a new high in 2022, with consumers shelling out an average of $100 on costumes, candy, decorations, and greeting cards. Here’s a breakdown of where that money will be going: $3.6 billion on costumes, $3.1 billion on candy, $3.

As Halloween approaches, retailers begin to stock their shelves with seasonal decorations and candy. For some industries, like pumpkin growers and candy production companies, Halloween is a busy time of year. Others, like retail stores, only do business for a few weeks leading up to the holiday. After Halloween is over, these businesses close their doors until the next season.

Many people believe that spending money on seasonal consumer goods, such as Halloween costumes and Christmas decorations, is a waste of resources. They argue that this type of spending diverts money away from more productive activities because the items are only used for one day of the year. They also believe that saving less as a result of holiday spending can lead to a decrease in the overall capital investment stock. Finally, they argue that receipts of companies that employ people full-time year-round may drop because more dollars are chasing seasonal goods.

Halloween is a time when people dress up in costumes and collect candy. Some people argue that this holiday is full of payments-in-kind (PIKs), such as costumes or candy, rather than lump-sum transfers, such as cash. They say that in-kind payments are more inefficient in satisfying consumer wants because you can buy whatever you really value most with cash. A candy bar is unlikely to be your most valued good.

How Much Money Is Spent on Halloween?

Halloween is a time for Americans to spend on costumes, candy, decorations, greeting cards, and more. This year, the National Retail Federation reports that Americans will spend upwards of $10.1 billion on Halloween preparations and celebrations.

Why Is Halloween Such a Big Business?

The reason why Americans spend so much money on Halloween is that it is a well-known and loved holiday. Halloween is not particular to any region, religious group, or other demographic. This means that everyone can celebrate it. Additionally, Halloween is typically associated with the purchase of many consumer goods. These include costumes, candy, and decorations. Finally, the nature of Halloween means that families celebrating will likely have to make many new purchases each year.

What Age Group Spends the Most on Halloween?

Halloween is just around the corner, and people are already getting into the spooky spirit! A recent survey from the National Retail Federation found that people in the 35-44 age group are planning to spend an average of $149.34 on Halloween this year – which is more than any other age group.

When Does Halloween Holiday Shopping Begin?

A new national survey has found that nearly half of consumers are planning to start their Halloween shopping as early as September 2022. This comes as a surprise to many, given that Halloween is still over a year away.

Tucker’s 2009 article argues that Halloween can teach some valuable economic lessons which could have long-term benefits. He states that children should work for their rewards, bartering is an option, and appearance matters. These lessons could be beneficial in helping children learn how to manage money and resources.

Halloween is a major commercial holiday in the United States, with businesses making significant profits from related merchandise and events. However, the exact economic impact of Halloween is difficult to quantify, and it remains unclear whether the overall effect is positive or negative.

Related Topics:EconomyFeaturedHalloweenHalloween 2022Halloween's Effect On The Economy
Up Next

Kareem was born in Tunisia, and he has always had a passion for politics. He is an economist, and he has run for office three times. He is currently in his third marriage, and he has four children. His passion is waterskiing; he loves to ski on the open water.