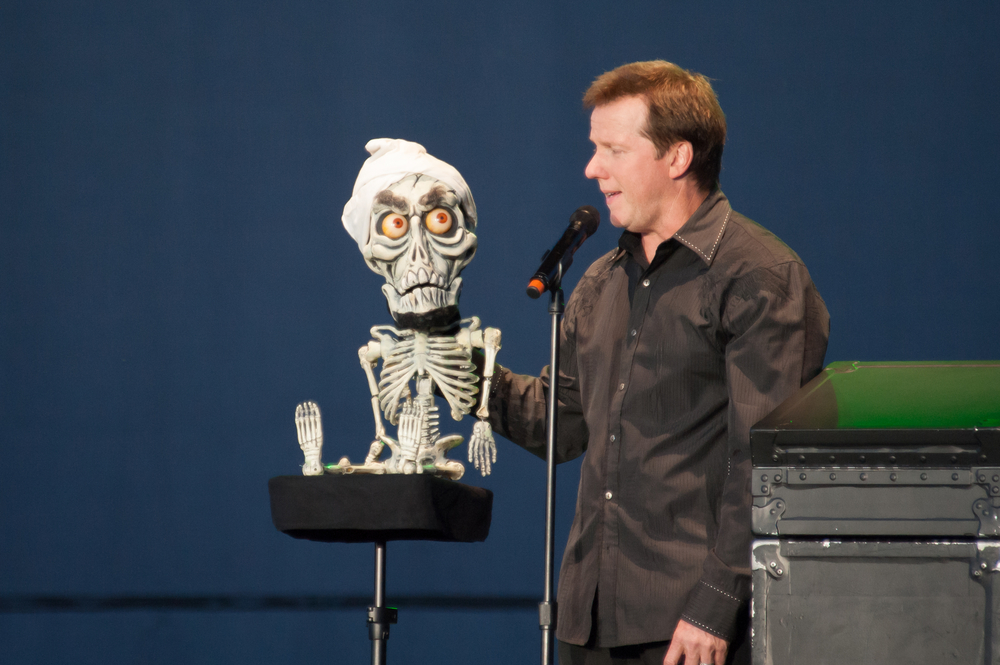 Jeff Dunham is a comedian famous for his ventriloquist acts.

Dunham has been touring and performing non-stop for years, creating an entertainment empire for himself. With over 2 million subscribers on YouTube and 10 million Facebook followers, the comedian and ventriloquist has created a unique space for himself in the world of comedy.

Born in Texas, Dunham moves to Los Angeles after graduating from Baylor University, and he quickly became a huge hit on the American comedy club circuit.

Jeff Dunham won Billboard’s Top Comedy Tour for 3 years. This award is based on box office sales. His live performances have been filling arenas worldwide, treating fans to more of his twisted creations from Peanut and Walter to José Jalapeño and Bubba J.

Dunham holds the Guinness World Record for “Most Tickets Sold for a Stand-up Comedy Tour.”

Dunham’s published his autobiography in 2010 (All By My Selves: Walter, Peanut, Achmed and Me) and it made the New York Times’ Best Seller list.

Dunham has appeared in television shows and movies as a cameo role, including Dinner for Schmucks, and Angie Tribeca.

Dunham was awarded a star on Hollywood’s Walk of Fame in 2017. Dunham commented that “this kind of thing” normally only happens “when you’re dead.”

Dunham donates $1 from every concert ticket he sells to local charities. Dunham directs all funds to those in most need, contributing over $1.3 million.

Dunham took viewers to his hometown where he sat with friends, family, and insiders discussed the man behind the success.